A downloadable game for Windows

Travel with knights, mages, orphans, warlords, princesses and fishermen as they struggle to stay true to their hearts.

Explore a world of castles and empires, built on the ruins of a civilization shattered to save a dream thought lost.

Help nine people find their paths and discover how to resolve a promise that was kept when it was fated to be broken.

A ~25 hour, story-focused 16-bit JRPG in a mostly fantasy setting.

The story is character-focused, with each major character having a unique arc that intertwines with a central narrative.  There is a lot of humor mixed with some pretty heavy drama, however the overall tone is optimistic.  The plot is fairly operatic, so you should expect big problems and big emotions.  The world is rich and filled with mysteries from a long-lost past.  There is a good chance that, at some point, it'll need a bit of saving.

The gameplay is inspired by classics like FF6 and Zelda, but with modern polish and sensibilities.  You'll spend your time exploring major cities and dungeons, talking to people, fighting hundreds of unique monsters and solving a variety of puzzles\mini-games.  Combat happens on the map (no battle screens) and in real time, but it's not about button mashing: there's always a calm way to defeat any monster, if you can figure it out.

Why Alpha?  The game story and core mechanics are complete.  There are seven complete major towns, a full world map, six 1-2 hour dungeons and a full novel's-worth of polished dialog.  To be fully complete, the game needs 3-4 more dungeons, 3-4 more towns and a lot of fleshing out of the optional story content in the last quarter of the game.  If you play now, you will get a complete story with a satisfying ending set in about 25 hours of finished gameplay.  You will also get the game for free, and be able to help shape the remaining content with your thoughts and feedback :)

Unzip the game and run game.exe.  Input is keyboard or controller; it doesn't know about mice! 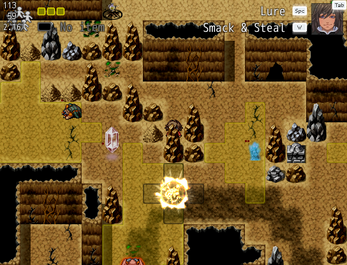 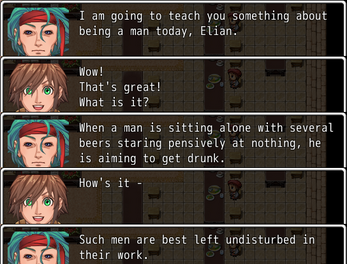 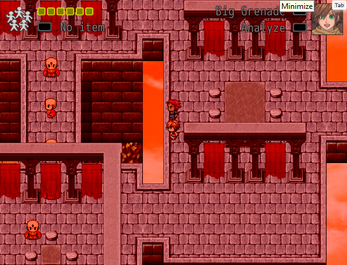 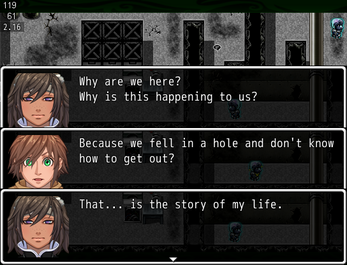 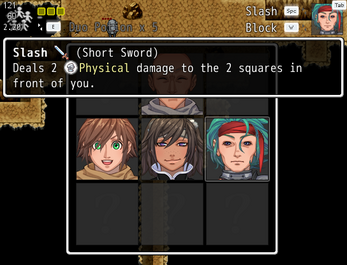